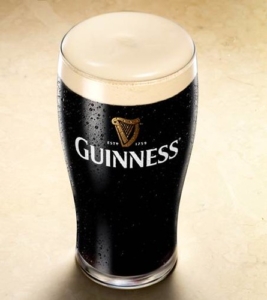 The first place I remember working in as a child was called Campions.  It was a pub on the North Wall close to Sheriff Street.  I started working there when I was about fourteen years old and worked there for about five years.

My first job while working in Campions was collecting glasses, cleaning tables and ashtrays.  After a few months working there, I was pulling pints and serving tables.  Campions was a really old type pub.  It was over one hundred years old when I worked there.  The pub had three floors and a cellar.  It was also facing out on to the River Liffey.

I really liked the customers that drank in Campions.  They were mainly local people from Sheriff Street or East Wall.  In the pub itself the men would usually sit at the bar and the women would sit out the back and listen to the jukebox.  Then towards the end of the night the men would come out and start dancing with the women.  It would be great crack they would then have a sing song.

Campions was a known pub for getting a good pint of Guinness.  The locals would swear by it.  A worker from Guinness told me it was because of the natural cool temperature in the cellar and also because of the constant flow at the taps.  The pub also had Budweiser, Carlsberg, Harp and Smithwicks on draught.  The also sold small shots like vodka, gin, whiskey and brandy.

Exercise 2: Drag and Drop the Words

My Memories by Helen Rooney

My First Day in Baldoyle by Austin Ojo
Scroll to top