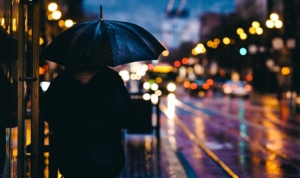 So after a few years, Pat got a job. The lads asked him would he like to go for a few pints with them. After the pub, they went to a disco and that is where he met his wife. They went out for a few years then he asked her to marry him she said yes. Then they had three kids. Pat had lots of time for them.

After a few years, Pat started to drink a lot of time after work. His wife did not like it. They started to fight and the kids were looking at them. His wife said, “You’re going on like your father”. He was drinking all the time and it took a toll on his kids. His wife said, “If you don’t stop drinking I will ask you to go”.

One day, he came home from work and his wife had put two battered suitcases with all of his belongings in them in the hall. She told him to go see his father. So he asked his father if he would let him stay there for a few days. His father asked, “What’s going on”? He said, “My wife put me out of the house for drinking too much”. “So you went on like me”, his father said. “Sorry son, I can’t take you in”. So he became homeless – he had nowhere to go. At least one day a week he would walk down the street where he lived so he could see his kids. His wife told him to stop coming around or she would ring his father to come and get him. So one day, Pat said to himself, “I have to go to see a flat”, so he went to the Corporation to go on the homeless list. It took him a lot of time to get one.

When he was walking around the streets, he got a phone call asking him would he like to go and see a flat. He said yes. They asked him to go to Fairview. That’s where the flat is. Before he looked at the flat, he rang his daughter and asked would she come in to have a look at it with him. She said yes, so he rang the Corporation and he said he would take it. There is lots of work to be done to it. He had good neighbours to look out for him.

Life started to improve for him.

Listen to Michael talk about his story here!

Where was Pat born?

Where was Pat’s flat?

How many brothers and sisters did Pat have?

What was the name of the woman that Pat met?

Where did Pat’s family go on holiday?

Shannon and I by Willie