A few weeks later another plumber I was working with said his brother was selling his bike, a KH125, so I arranged to see the motor bike by weekend. I saw the bike on Friday evening, I liked at the bike, we agreed a price and the deal was done. I bought the bike in Finglas South. I was chuffed with myself going from a Honda 50, 1971 to a KH 125 1979.

On the way home, the bike broke down about a mile and a half from where I bought it. There was petrol flying out of the bike and it was going everywhere! The bike cut out and I tried to kick-start it with no luck. With that, a man came over to me to see if he could help. He saw the problem and took the bike for a spin around the block. I thought my bike was gone for good! He came back a few minutes later he said that the needle valve had stuck open and petrol was coming out. There was dirt in the carb because the bike had not been used for a while. I thanked the man for his help and I was on my way home. The bike was driving ok from then on that was 37 years ago.

In those days, my friends were driving Yamaha DT 125 & 175’s, Suzuki GT125, DR125, GS125, Yamaha LC125’s and RD350LC. The LC125 would do 81 miles an hour; the RD350LC would do 115 miles an hour. I got a lot of stick in those days; some would say that the bike I bought was not much good, that I should have got DT125 or 175 or LC125, for the KH125 would do around 67 miles per hour. I was an apprentice plumber then and did not have lots of money in those days in the early 80’s. Some of my friends would have got help from their parents to help them get the bike they wanted. I got a second hand bike. As the years went on the bike had deteriorated I hadn’t got two pennies to rub together to fix the bike. My friend said I should get rid of the bike and get a few bob for it. If I had sold the bike, I would not have got much money for it and if someone bought it and fixed it up I would have been as sick as a parrot, so for that reason I would not sell my KH125. I stuck with the bike and got myself a XJ650 in 1987, it was an 1982 model. So the KH125 was used by my brother until 1992. I said one day, I would fix up the KH125 and get it back to its glory days over 30 years ago.

One day, two years ago my 11 year old son, James was down in the bottom shed in my garden and he saw the KH125 buried in the shed. He had a look and said the bike is lovely. He sat on the bike. The bike was partly painted black. The bike was in bits, he wanted me to start the bike so I went over and gave the bike a few kicks and to my surprise, it started. The whole shed filled with smoke. It’s a two strike bike, I told James I would fix up the bike and that gave me an incentive to do something. That was two years ago. I cleaned down the petrol tank. There were holes in the tank where the seat meets the tank. I got the petrol tank, the side cases and the tail end repaired and resprayed. I did the decals myself. I ended up buying another KH125 for parts so now I have two KH125’s to make up one good one. One day I will fix up the other KH125. It has taken me over 30 years to get around to fixing it up. It was my first real motor bike. Thanks to my son James who gave me the incentive to do this, he is now 13 years old and wants to ride the bike. I have told him, he is too young to ride a bike but that when he was much older he could drive it.

Over the years, the KH125 has broken my heart when it was breaking down. The bike does not like wet weather, it backfires and just dies. The breaks on this motorbike are lethal as well. Some people used to say that I would never get the bike on the road again, that I would be mad to spend money and time on the bike. This was my first real motor bike, a step up from my Honda 50, which I still have from all those years ago. My brother said to me recently that the KH125 was small to me now, but I said to him when I was young the KH125 was a big bike for a 125. I was young and slim then, now I am much older and a little on the heavy side. There are not many KH125’s around now; they are like hen’s teeth. I am glad I got the bike up and running and looking good. I love this little bike. My next project is to work on my 1971 Honda 50, which is in a poor state. That is some of the history of my 1979 Kawasaki KH125.

Easter 2019 I took my Kawasaki KH125 1979 and my Yamaha XJ 650 1982 to the Carlow Vintage Bike Show. I got a small presentation plaque for each of my bikes that were displayed at the show. A small token for having the bikes there. Here’s to the National Show Centre in Swords, Co. Dublin which takes place on the May Bank Holiday weekend the 5th May 2019 where I will show my bikes again. Whether I win a prize or not is not important, it’s all about taking part in the show as well as seeing people and listening to what they may say about the bikes. You get a great buzz from this, it is a great feeling and maybe next year I will have my 1971 Honda 50 there too. 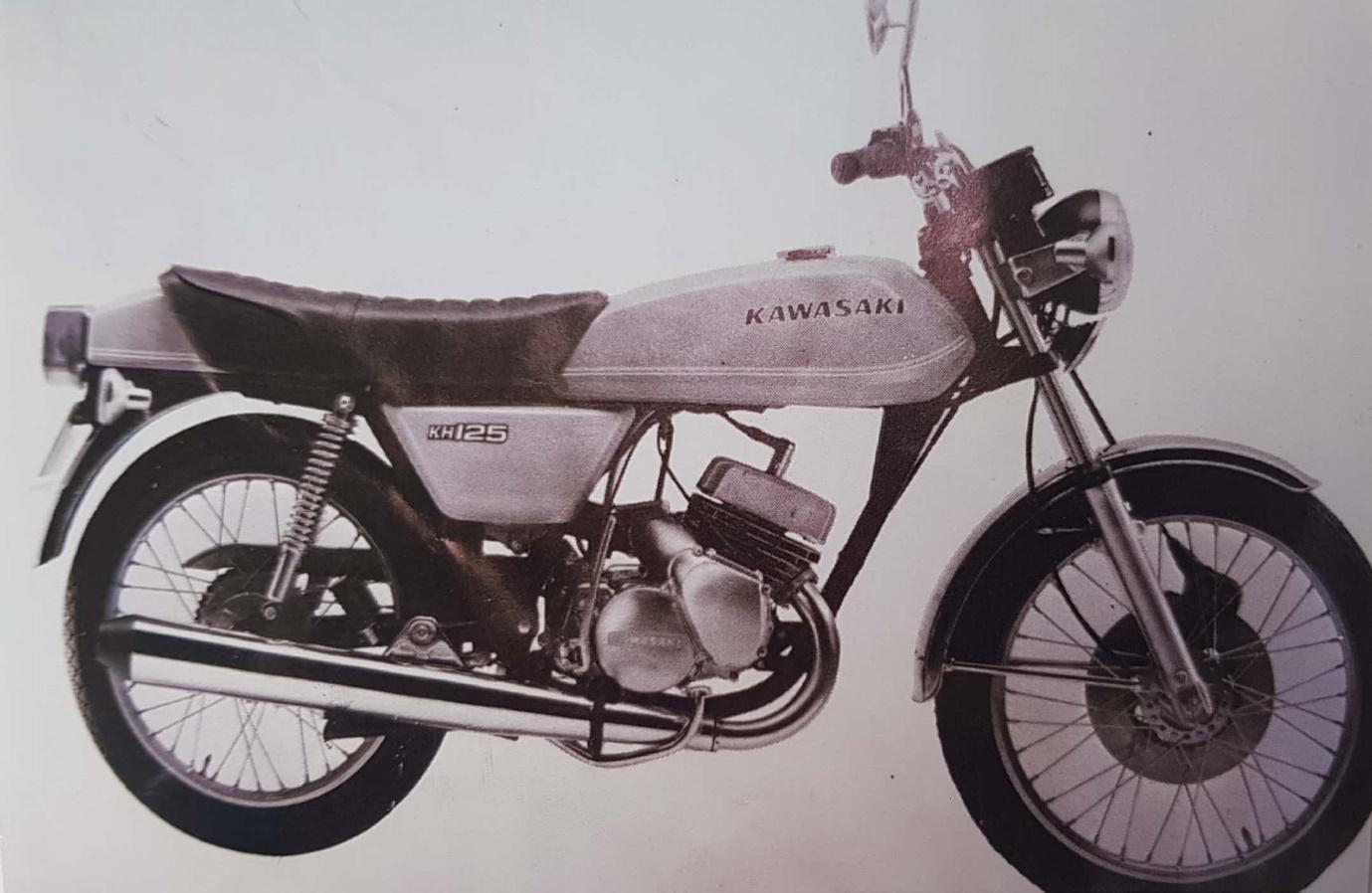