My Granddaughter by A Sad Granny

My Granddaughter by A Sad Granny 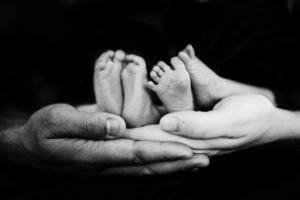 On February 6th 1998, I became a grandmother of twin girls.  They were so beautiful.  They are called, Abbie and Chloe and beautiful names they are.  Abbie is the biggest of the two.  Chloe was very small so she had to go into an incubator for three weeks after she was born.  They were very good babies.  We took them most weekends.  We loved to get our hands on them.

The twins got sick and had to have a lot of tests done.  The tests came back to say they had epilepsy.  We were very sad about the news.  It meant we could not have them overnight any more.  They have spent the best part of their first two years in the hospital.  They were home for eight weeks.  It was the longest time they were home.

On the 14th of December, Chloe died in her cot at home.  Her mother found her.  We were all very shocked.  She was so beautifully laid out in the hospital.  They put on her Christmas clothes.  She was like a little princess, well she was to us, a little princess.  I think Abbie will miss her.  Abbie has not been too well lately.  I hope she will get better soon, but I know in my heart she will not but we hope and pray she will.

To My Father on His Birthday by Kathleen Ward