Hunting Birds with Phones Not Shotguns! By Paul Gibbons 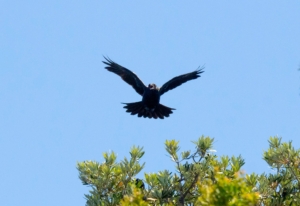 My name is Paul Gibbons and I come from the local area here in Coolock.

What did I do during lockdown? Well, at the start of the pandemic in 2020, in the month or two running up to it, I’d been talking to a fellow student of mine about things that we’d love to try to do or things we never got around to doing in life – things that would be always on your mind – I’d love to do this or I’d love to do that.

We got into a conversation about birds and bird hunting. With the climate changing all the time, I was telling him that I love when it’s quiet, cos I live near the airport. When it’s quiet, you can hear the birds. I love all kinds of birds. Then BANG, lockdown happened. I was talking to my pal about this. I had to take up something. We all did during this lockdown. I thought about it and I thought I could actually go bird hunting now that I have all this time on my hands. This is like a bit of a twist – this isn’t bird hunting like the farmers do or people pay to do to kill animals or birds – this was not anything at all like that. This was bird hunting with an iPad and a phone. Yes, you heard me – an iPad and a phone – no guns involved!

I was doing a couple of classes online with various teachers during lockdown. I was telling a lovely, lovely teacher called Mary, that I was really after getting into the birds and it was funny because I kept calling it bird hunting. When I called it ‘bird hunting,’ her eyes went one way – it’s hard to read faces when you’re on zoom but you can see where the eyes are going. So, I said no, no, it’s hunting with a twist….…it’s not the old way of hunting, it’s a new way of hunting with the iPad and the phone.

Mary asked me if I’d ever heard of the apps that you can download onto your phone so I said no, so we got into a conversation and Mary helped me find an app or two that I still use today and I’ll use for the rest of my life.

These apps are for tracing birds. They are like apps for a local taxi that you can book on your phone – you’re booking through the app. It’s futuristic. This app for hunting birds is a bird app that identifies the birds. It doesn’t only identify the bird’s sound, it identifies the bird itself and it gives you a picture of the bird. It also gives you a sample of the bird you’ve just seen. It’s brilliant when the bird flies by and you get a good look at it and it stops beside you and you listen and you catch it and you record it on this app. Then you can replay it using the app and the sound from the app is identical to the bird.

With climate change you want to see the birds. I only have a little small forest at the back of the airport and it’s locally known as Belcamp College. In there, there’s a forest and a lake and a little island. The amount of birds that I found there was unbelievable. I have videos and pictures of the birds and my hobby started getting very interesting with the lockdown.

Living here in Coolock in my family home, we have a couple of things going on in the garden. We have three lovely Christmas trees like oak trees. Birds used to fly in and out of the trees through the years. One bird was a blue tit, the second one was a beautiful dove, I’m lucky to see her sitting in my garden. The doves are very quiet – the blue tits are very, very loud. As well as that, I have the black and white birds – the magpies – too.

Three for a girl,

Seven for a story never to be told.

I have two magpies and they are quite noisy and agitated birds – they are bullies. They have the highest advantage up there up at the top of the tallest tree in my garden.

I have local sparrows too. I’ve seen them for two seasons in a row. I’ve seen the little sparrow’s falling out of the tree learning how to fly on plants going over my wall. It’s great when you know that the eggs are there in the trees, but you don’t want to climb up the trees to bother them.

There were foxes at my bins and my neighbour’s bins over lockdown. I’ve seen a fox with her two little babies with her – it’s not nice to see that. I never grew up seeing foxes – I had to go over to Belcamp College to see them before. Foxes starting to go up my trees to get the birds so I needed to go up and do something about that so I bought a little camera to look after them.

There are local cats here too. They are feral cats and I didn’t know, but they were obviously getting eggs out of the nests because I caught it with my camera. I caught a big feral cat going up the tree. I didn’t put two and two  together until I saw it and it was in the hunt position. The cat was trying to go up to get the eggs. The cat was very clever but the magpies started bouncing off the cat. They were jumping from tree to tree trying to make the cat go for them to get them away from the scent of the birds’ eggs. You’d want to see the job they were doing! I was only looking the other day and they did it again. They started jumping from tree to tree until the cat went off into hiding. After that, lo and behold, the second lockdown started.

About three months ago, Birdwatch Ireland put something online – it was science week so there was a few things on. It said you could enter into a competition. I was after getting a picture of a kingfisher bird with the big legs flying and of it coming down hunting it’s own food. I caught it gliding so I took pictures of it. I took pictures of the birds coming in and out of the nests in my own garden. I also took pictures of things in my garden that I didn’t know were good for the environment and good for bees. I have these red plants I didn’t even know that they were anything to do with bees and that there was pollen in them. I put two or three of those pictures and the pictures of birds hunting the fish and a few pictures of the trees in my garden into the competition.  Birdwatch Ireland got on to me after and they said, “Paul, thank you very much. You have won the competition.”

I was amazed…..I was speechless! I did not know what to say. Then they asked was it alright if they put the pictures of my own garden and the pictures of the birds I was after taking up on their website.

I was after catching pictures of birds that shouldn’t have been in Ireland. I caught a bird from South Africa that was knocked off course and I caught it over in Belcamp College. I caught another bird at the Darndale field and that was another species that came from Turkey or a hotter climate so I entered them into the competition as well. Birdwatch Ireland sent me tickets and a book signed by a top author in Ireland wishing me well with the rest of my journey.

Thank you for letting me share part of my journey through lockdown with you. I hope if anybody picks this up, even if one person picks up my story and reads it – get out there! Get into nature. Get a feel for it and you’ll know what I’m talking about ……..the music and the magic just opens up to