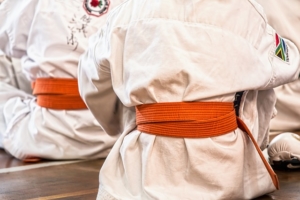 I have lots of interests and hobbies. I enjoy many sports. I joined kickboxing around the age of seven. I also enjoy Judo and Karate. Karate is like Kung Fu. When I was younger, my Dad thought me how to ride a motor cross bike in the park. These bikes are also known as dirt bikes or scramblers. At one stage, I played basketball. My basketball team, which was in Sutton, went over to America to play a game against the Boston Celtics. I used to go swimming in Trinity Pool in Donaghmede. I really enjoyed it. I do not get time to go now because I am so busy with other things.

Occasionally I go to the cinema. I like action films. They are my favourite. The last film I went to see was Bohemian Rhapsody, the Freddy Mercury story. It was very good. The film won awards at the 2019 Oscars.

I love music. I learned to play the bodhran and the drums when I was a teenager. Some Thursday evenings, my friend and I do disk jockeying at the disco in the I.W.A. The Irish Wheelchair Association. I really enjoy doing these evenings.

My family are involved in the engineering business and I know a lot about conveyor belt systems. I can explain how they operate. The company has a website and it shows the machines in operation. I like to look up the website and show people how the systems work.