I started working there at 11 years of age. Th 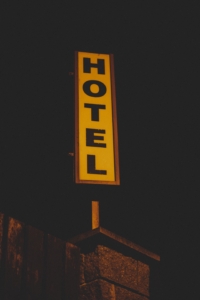 e clientele was very posh and were very good tippers. A lot of famous people came through the doors of that hotel at that time. I had not a clue who they were, but they were great tippers.

Soon after I went into the kitchen as a commis chef. As a page boy come from the front hall the chefs would treat you like S!!!!  So I left and got a job as a page boy in the Metropole. This is where I encountered some of the Dublin characters such as Bang Bang. He would ask could he use the toilet and shoot you on the way out. One of the best tippers was Brendan Behan,  always sure to give you a tanner which was sixpence. One time I left him across the road to get a taxi and he gave me a half a dollar which was 2 shillings and sixpence. As a page boy you came across so many characters but at that age, you did not know who was who, they were all customers. I have seen many of Dublin’s wonderful characters.

My Memories of Big Events Stardust and The Pope’s Visit 1979 By Ciaran O’...
Scroll to top