Changes in the Modern Game by Teddy O’Driscoll

Changes in the Modern Game by Teddy O’Driscoll 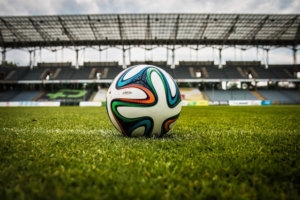 Soccer is not the same as years ago because of the big money that is paid to players today arising from television rights. It influences the behaviour of players and an example of this was the Chelsea Goalkeeper refusing to leave the pitch after being told to come off by his manager in a recent game.

Soccer is the most beautiful game; it is easy for anybody to play at their own level of skill. Players’ behaviour on the football pitch is not a great example to be showing or setting for young players and young children who watch the games on tv every weekend.

The manager has a very important role to play in showing young players how they should account for themselves and give one hundred percent in every match. Also, fans who go to games every weekend will judge players and also question their loyalty to the clubs.

Technology can be a great asset to the game of soccer. It cuts out all the cheating in the game such as diving and pretending and giving the impression to the ref that they are seriously injured, trying to get players sent off. 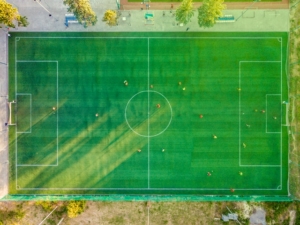 I think that there are too many changes in the game today, for example, Fourth Official, Offside Rule, Substitutions and Throw Ins. Some changes are good, some not so good. It is confusing the players and slows the game down. I, as a supporter, do not like that.

I think the fourth official should have a lot more authority during the match. He may see something that the referee cannot see and should be able to step in and make everything o.k.

The offside rule is good and should be left alone. I think this new rule makes strikers and defenders more alert and stops them becoming lazy.

I think substitutions should not be made after eighty minutes. Late substitutions are an attempt to waste time. This is bad for the game as it makes little of a player coming on for such a short time. To me this is cheating.

Worksheet: Changes in the Modern Game

Worksheet: Changes in the Modern Game

Why does Teddy think that soccer is not the same as years ago?

Who told the Chelsea goalkeeper to leave the pitch?

Do you think that Teddy is annoyed with the high money paid to players?

Who will judge players and question their loyalty?

What does Teddy think can be a great asset to the game?