A Surprise Meeting by Helen Rooney

A Surprise Meeting by Helen Rooney 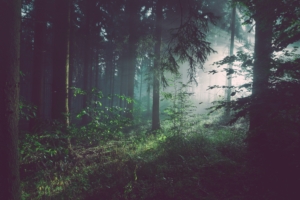 My friends and I decided to go for a walk in the woods and maybe do some hiking too.  It was a beautiful summer’s day- birds singing, sun shining, greenery everywhere.

As we proceeded to walk on further we noticed a robin perched on a log. I was surprised to see a robin at that time of year, so I moved closer to have a look at it. I had some peanuts in my pocket so I took some out very gently so he would not fly away. I threw some down to the ground, he flew down for them and ate them.

Then I put some into the palm of my hand to see what would happen. They say that if they trust you they will fly into your hand and he did. He felt so small and soft in my hand. They’re supposed to be very territorial, but he was friendly with me.

They also say that when they are around your loved ones that have passed on are close.

Probably an Irish thing and an old wives’ tale.

As we went further on walking, we spotted a tent and we heard this voice say hello. We said hello back, then we saw this woman sitting on a folding chair. She was oldish with shabby clothes and grey hair. She said are you going for a walk to keep fit and we said we’d just decided to come out as it was such a lovely day. So we got chatting. She told us that she was homeless and it was safer there than out on the streets. We gave her our sandwiches and flasks of tea. She was a lovely lady and we talked for a long while about her life in the woods. She told us a bit of her story until we had to leave. It was getting late, we never got to hike. But what an eventful day we had going into the woods.

Lesson 1: What Reading Means to Me